As you know J bear is in Reception at school, the term just gone they have been learning about bugs and mini beasts. They have caterpillars which will hopefully be butterfly’s soon after they go back to school next term.

Just before half term us parents were treated to a Bug Ball. This is where the children done a performance to us including a reading of The very hungry caterpillar and songs about bugs all whilst dressed as bugs themselves. Now after their nativity last Christmas where parents weren’t needed to supply the costumes I kind of felt like I had missed out on a huge part of reception, dressing my child up as a shepherd or even Joseph for his first nativity. So this time I was adamant I was going to get my school mum craft on and make it myself from scratch.

So after asking him what he wanted to be he replied with, a snail. A snail…. amazing! I was so excited about this. I had looked up on Pinterest how other mums had made their snail shell but I left it a little to late to get hold of the brown packing paper they all seemed to use.

I took a trip to dunelm one morning hoping for a wave of inspiration to hit me in the face, it seemed to work so I come home with 2 foam seat pad.

I used a sharpie to draw a spiral on then I cut, cutting this with scissors was tough so make sure you use some decent ones.

Make sure you mirror each as much as you can so they will fit together nicely. I then wrapped each one back together but overlapping the sponge so the spiral sat outwards rather than back together to make a flat seat pad. Glue as you go, I started from the outside in. 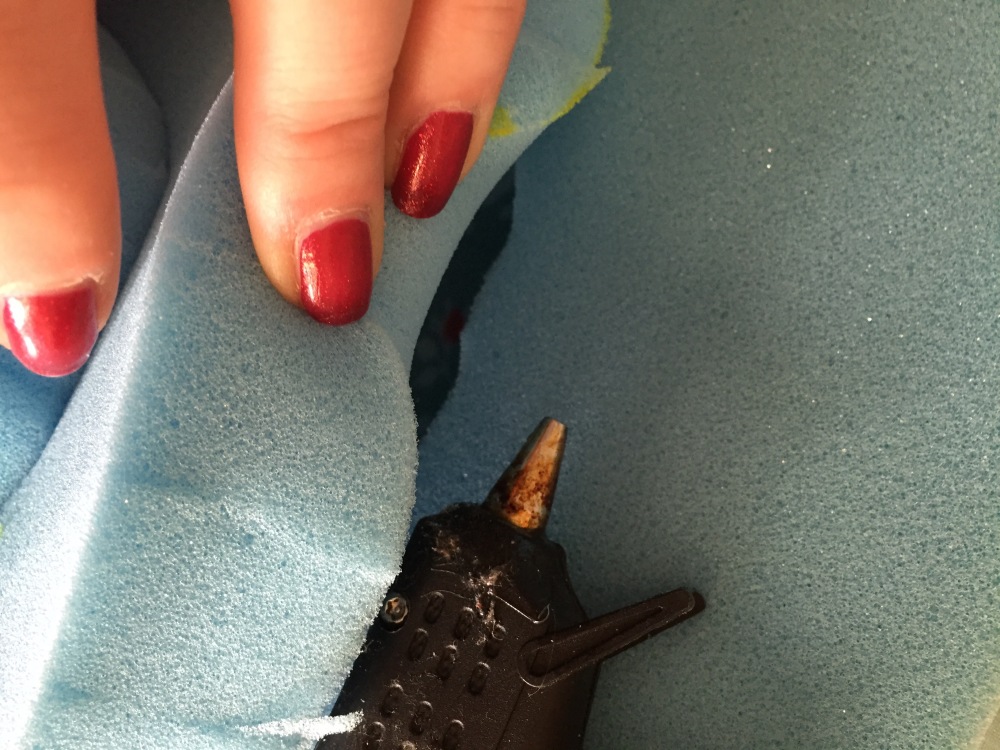 The hot glues perfect for this, I was a little worried at first but it worked really well. I did use ALOT of glue sticks though.

Once both have been done, turn them back to back so they spiral outward (making sure the spirals are running the same way) and start gluing them together. I used some large clips to hold them together whilst the glue dried/ cooled as the sponges in places was pulling apart from each other.

I trimmed the edges of the sponge to slightly round them off more. It doesn’t have to be overly near as this will all bes covered eventually. 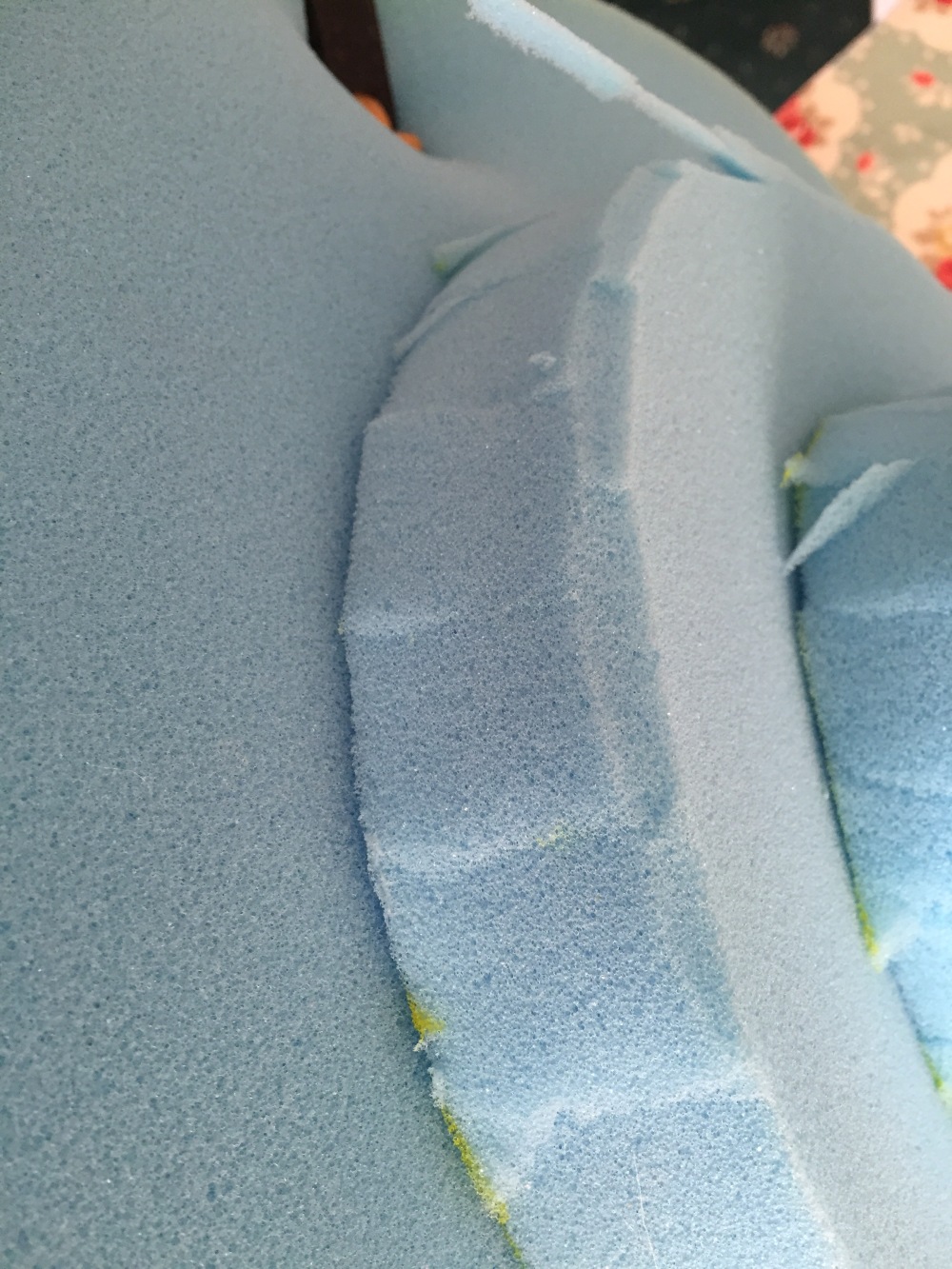 After this, and after J came home from school I measured it against his back… it was HUGE!! It went from his head to his bottom, so the scissors came back out and I trimmed some away. So my advice to you is to measure your child before starting.

How many blue snail shells have you seen? Not many. I was brainstorming how to colour it, paint? Nope I didn’t have the right colours. So I decided to papier-mâché it. My PVA glue was running low so I decided to try the natural way. Flour and water at a 1:1 ratio with a bit of salt to stop it from going mouldy. I then cut up lots of brown paper (I would recommend ripping rather than cutting) and began to layer them on trying to smooth them around the grooves as much as possible.

It was messy and it took a while but finally I left it too dry, I put mine in the conservatory where it was really hot and then in the garden in the sun the next day. Apply the papier-mâché everywhere except the flat area where the shell will be on your child’s back. 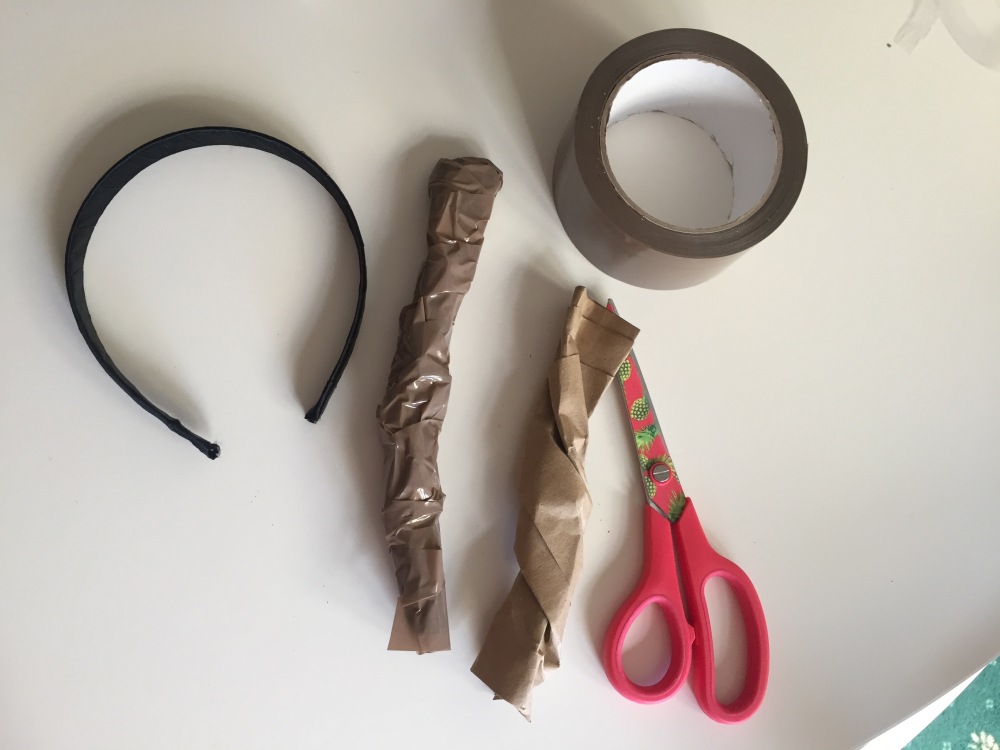 The next day I worked on straps for the shell, like a back pack type thing. For this I used fold over elastic and card, I cut two pieces of card exactly the same shape and glued one straight to the shell, the exposed sponge bit. 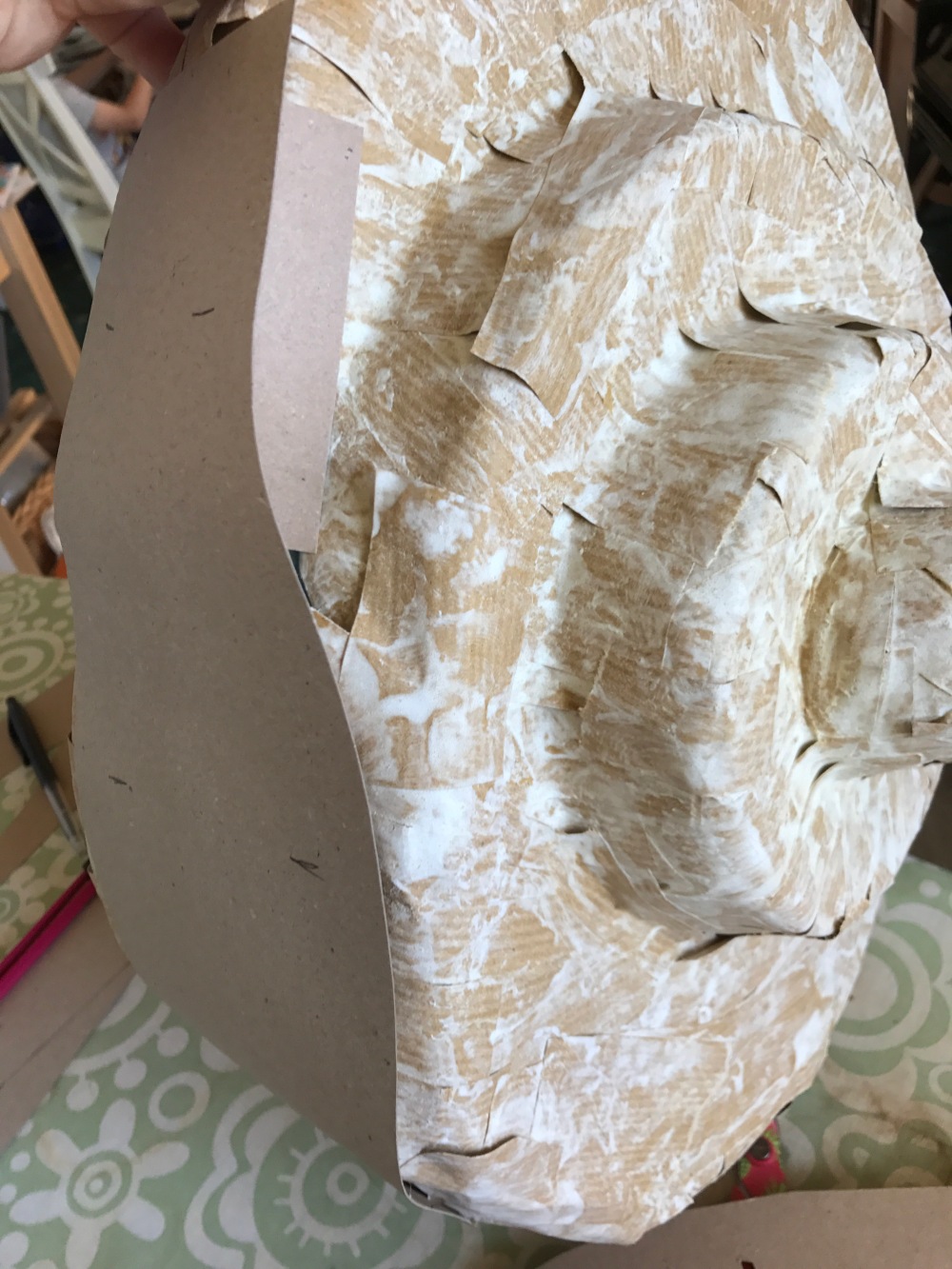 Using a craft knife I cut out slots for the elastic to go through the second piece of card, thread them through before again gluing that piece directly on top of the first. Try not to glue where the elastic is so that you can move/pull it if you need to tighten the straps.

I also used some card to reinforce the straps, I don’t have a photo of that but I cut another two strips of card and glued them horizontally directly under the slots for the elastic.

And there you have it. Your snail.

On the day he wore grey shorts and a grey shirt. It lasted well throughout the day but I doubt he kept it on much during the day as it was like having another child attached to his back.

He was happy, very much so when his head teacher commented on his costume when we walked into school, it was a big hit with the teachers and parents. My friend joked as we left school that it was now ready to be framed above the fireplace. So there you have it, my shell, my pride and joy. Nah seriously I’m a little over protective about it.

I hope you find this helpful if you ever have to create a shell for school or Halloween. If you have any questions message below.